CONFESSION – After mass or by appointment 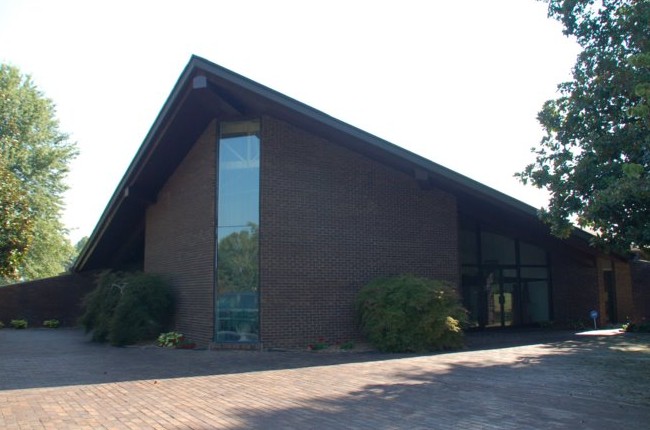 Are you or someone you know interested in becoming a Catholic?  Or just want to learn more about the Catholic faith?

All ladies are welcome!

Our mission is simply to support the parish

We meet on the 3rd Sunday of every month directly after mass.

In June 1980, Bishop Joseph H. Hodges of Wheeling-Charleston asked Rev. Larry Dorsch to lead the formation of the Catholic Church in Ona. The first gathering of the Catholic Mission of Ona was June 22, 1980 in the Parish House at 2488 James River Turnpike, Ona.

The first Mass was celebrated on Sunday, June 29, 1980 in the Malcolm Springs community building at 10:00 a.m. Bishop Hodges accepted St. Stephen as the offical patron and namesake of the community. The mission was raised to the status of Parish on April 1, 1981. Architech Anthony Dorsch of Pittsburgh was hired to design plans for the new parish.

On August 23, 1981 the groundbreaking for St. Stephen Catholic Center took place at noon on the future site of the church as part of the Sunday Eucharist. As a sign of commitment from the Parish, everyone brought a shovel to the ceremony and turned spades of dirt together. Debcon, Inc. of Ashland, Kentucky was the general contractor.

St. Stephen Catholic Center’s dedication was May 28, 1982 with Bishop Hodges and more than 20 clergy participating in the celebration. The 11,000 square foot building is designed to serve as worship, educational and social center for the community. All facilities are contained in one building. Everything in the sanctuary can be moved easily and quickly so the main space can be converted to a multi-purpose room.

Former Blenko Glass designer Don Shepherd designed the mobile glass Altar. The Stations of the Cross, designed and woven by Culloden Master Weaver and parishioner, Beatrice Bannerman, adorn the walls of the Chapel.

Parishioners of St. Stephens are involved in many areas of social services and believe that giving the tradition of faith is by sharing with others. The church helped establish E.C.C.H.O. (Eastern Cabell County Humanities Organization), which provides food and clothing to those in need. Other community projects are the monthly City Mission dinners prepared by the parish and served at the facility located downtown. Visits to the homebound and the people in the nursing homes are other areas where parishioners reach out to others.

Doing things together spiritually and socially is another goal of the parish of St. Stephen. Sunday worship, bible study, adult and children’s religious education classes, music ministry, Rite of Christian Initiation of Adults, confirmation and first communion classes are the foundation of the church.

Fr. Prakash Sebastin was reassigned sometime in 2018.  Fr. Thomas Kalapurackal resided and served here until July 14, 2021.  At which time he was reassigned to St. Anthony in Charleston.  Fr. Tijo George was assigned to St. Stephen and Our Lady of Fatima at that time (residing at OLOF).  On September 1, 2021 Fr. Pradeep Kumar was assigned as Associate Pastor and has his residence here at St. Stephen.

***We now have Adult Catechesis sessions on the 2nd and 4th Sundays of each month. These sessions begin right before mass at 9:15 in the main church. All are welcome!

(As a personal note, I like to tie the Beatitudes to a powerful verse in Gal. 5:6, “What matters (most) is faith that works through love.” In other words, if we want our faith to be ALIVE, we must practice love—love of God and love of others. Learning to live in the spirit of the Beatitudes is one important way to love God and our fellow human beings and thus exemplify “faith that works through love.”)

St. Augustine (in his Sermon 53 on the Beatitudes) sees the Beatitudes as exemplifying the heavenly dispositions that lead to our becoming holy.

Adult Catechesis – The popes’ role in the church

Ours is a church governed by a hierarchy, with one man, the pope, at the helm, acting as what theologians call “the Vicar of Christ.” A vicar would be someone assigned to act in place of a ruler; therefore, we understand Jesus Christ himself to be the head of the church, and the pope, as vicar, as “the visible head.”

The Catholic church traces the papacy straight back to St. Peter as designated by Christ as “the rock (petrus—rock) upon whom I will build my church” (Matt 16:18). Following Peter’s governorship of the first-century church, there is an unbroken line of successors—266 thus far—reaching right up to Pope Francis.

Currently we have two living popes, Francis (the former Jorge Bergoglio from Argentina) as the pope in charge of governing the church, and Benedict XVI (the former Cardinal Josef Ratzinger from Germany) as “pope emeritus.” Benedict resigned in February 2013 for reasons of frail health and Francis began his papal reign in March 2013 Pope Francis is now 80 years old.

Here are the popes in the lifetime of those of us who are now in our 70s and 80s: Pius XII, pope during World War II, who died in 1958. John XXIII, who convoked the Second Vatican Ecumenical Council which ushered dramatic changes into the church (such as switching from Latin to vernacular languages for the Mass and allowing lay people to function as extraordinary ministers of the Eucharist), Paul VI, who promulgated the decrees of Vatican II and among other things, facilitated priests who wanted to be relieved of their vow of chastity to become “laicized” and remain in the Catholic church, John Paul I, whose reign lasted just a month before his sudden death; John Paul II, a Polish prelate formerly Archbishop of Krakow, the first non-Italian pope in 400 years, who held the Chair of St. Peter for nearly 28 years, survived an assassin’s bullet in St Peter’s Square, and died in 2005 of Parkinson’s disease. John XXII and John Paul II were canonized as saints on April 27, 2017 by Pope Francis.